China used to be the premier location for sourcing products, but rising labor costs and increased tariffs make manufacturers look for alternatives to China. Trump's 25% tariff on imported Chinese goods raised the costs for sourcing products in China. The rising wages in large Chinese cities are also making it hard for investors to turn a profit while maintaining their factories on Chinese soil.

China used to be the premier location for sourcing products, but rising labor costs and increased tariffs make manufacturers look for alternatives to China. Trump’s 25% tariff on imported Chinese goods raised the costs for sourcing products in China. The rising wages in large Chinese cities are also making it hard for investors to turn a profit while maintaining their factories on Chinese soil.

Where is the next World Sourcing Hub?

With the world changing, people are asking the question: “What is the next China?”. The top contenders for production outside of China are countries such as India, Vietnam, Bangladesh, Indonesia, and Thailand. This guide will focus on the main alternatives to China and the pros/cons of abandoning China in favor of rising manufacturing centers.

Pros Of Manufacturing Outside Of China

The main advantage of abandoning China for rising manufacturing centers in Asia is to lower your costs and avoid tariffs imposed on Chinese goods. While many manufacturers were able to cope with rising wages in Chinese cities, the new import tariffs under the Trump administration made importing goods from China expensive.

The tariffs made thousands of manufacturers cancel their contracts in China and move their factories to countries such as Vietnam. Many of these countries can manufacture goods of similar quality at a lower cost of production. Here are the main pros of outsourcing outside of China:

Chinese factories are not as cheap as they used to be, and some estimates claim the average wage doubles every five years in proximity to major cities. While it’s possible to keep costs low by moving the factory to a more rural area in China, most manufacturers opt for other countries where they can operate near urban centers with logistical infrastructure. Although wages in other Asian countries rise, they are still significantly lower.

Neighboring countries such as Vietnam and the Philippines can provide significant labor force on all levels. They’re competent enough to fill jobs requiring a high level of expertise. Many of them can compete with Chinese workers. The only downside is that they don’t have a large population of China with a near-unlimited labor force.

Cons Of Manufacturing Outside Of China

China has roughly 2,800,000 factories operating on its soil, which manufacture goods of a considerable variety. The huge number of factories means that manufacturers can quickly source the material they need from a nearby factory without importing it from a foreign country. Vietnam, with its limited capacity, does not have a supply chain that can source materials for your manufacturer. As a result of the smaller supply chain in most countries, they’ll have to import the goods from a foreign country. In some cases, this can increase the production costs because you’ll have to pay extra for shipping to bring the materials to the country.

The fact alternative Asian countries have limited supply chains means you’ll have to wait longer for the raw materials to arrive in the country and produce the product. Example: If you have to import textiles for China to your Bangladeshi factory, this may delay the production by two weeks. In China, the process is faster, and many times the shipping takes longer than manufacturing the product. Unless the manufacturer can source all materials locally, prepare for longer lead times.

Chinese shipping logistics are the largest in Asia, and they have the most extensive network of shipping companies that manufacturers can negotiate with. In countries such as India, the shipping infrastructure is not nearly as developed, and you may be stuck with very few shipping options. The shipments can take 2x as long to arrive from Indian ports as they would from Chinese ports. If an average shipping time from Shanghai port is 20 days to reach the West Coast, it may take up to 40 days to reach the coast if it departs from Mumbai.

Theft isn’t a significant problem in more advanced countries like South Korea or Vietnam, but it is a considerable issue in places like Bangladesh or Pakistan. Due to a lack of shipping infrastructure in many alternative countries, certain manufacturers report having shipping containers stolen or disappearing – never to be found again. Outsourcing outside of China carries significant risk, especially if you outsource to lesser-developed countries. You may have to assign security teams for your shipping.

✖ Difficult to search for Suppliers

Sourcing in China is relatively easy, as they have services such as Alibaba and Global sources. While there is not a single alternative that covers the world, many countries have a few similar websites. We compiled more than 50+ Alibaba Alternatives // Best Sourcing Websites to Find Suppliers Outside China.

Many “upcoming” countries promise to be the next China, but they all have advantages and downsides to consider. The countries mentioned below have less red tape and lower manufacturing costs than China, and they’re a worthy contender if you plan to move your Chinese factory: 50+ Alibaba Alternatives // Best Sourcing Websites to Find Suppliers Outside China

Check out: How to Find Vietnam Manufacturing Companies // Sourcing Products in Vietnam from our partners at Cosmo Sourcing.

Vietnam is the #1 destination for manufacturers leaving China due to its semi-developed infrastructure, lower manufacturing costs, and proximity to China. The main advantage in terms of geography is its easy access to Chinese raw materials while the country is positioned favorably in the ocean for direct shipping to the US.

Vietnam is currently a fast-growing country that invests a lot in high-tech manufacturing and experiences stable growth. Vietnam has a stable society without major conflicts, and it can produce goods of identical quality to China. The main disadvantage is the small size of the country, which limits production potential.

Check out: What Products Are Made In India? // Sourcing and Manufacturing in India Guide

India is trying to replace China as the central manufacturing hub of the world, and the new government is promoting a “Made in India” program to bring new manufacturing companies to India. The advantage of India is that it’s similar to China in terms of size with over 1 billion residents, allowing manufacturers to draw from an infinite pool of both skilled and unskilled labor.

The population of India also guarantees companies will be able to draw materials internally, and the supply chain won’t be compromised even in times of shortages. India is huge on tech and suitable for developing hardware and electronics. The main disadvantage of India is that its infrastructure is not as developed as China, and they have fewer options in regards to shipping. The goods also take longer to arrive in the US when shipped from India.

Check out: What Products Are Made In Thailand? // Sourcing and Manufacturing in Thailand

Thailand has always been a manufacturing hub in SE Asia, and it’s known for its high tech manufacturing, which attracted many investments from China itself. Thailand is attractive for its tourist destination status, safety, and developed infrastructure.

The Thai government makes a strong effort to improve education in the country, and this creates a surplus of skilled labor that can participate in the manufacturing process. The main downside is that Thailand experiences yearly natural disasters caused by hurricanes, which may hinder production if the supply chain is affected.

Check out: What Products Are Made In Bangladesh? // Bangladesh Manufacturing and Sourcing

Bangladesh is the world’s biggest manufacturing hub for fashion outside of China, making it ideal for manufacturing all forms of fashion, including clothing and footwear. The Bangladeshi textile industry is growing, and most of the world’s largest brands are outsourcing their manufacturing there instead of China. Bangladesh should be a top contender for all investments in the textile/fashion industry.

Check out: What Products are Made In Indonesia? // Indonesia Sourcing and Manufacturing Guide

Indonesia presents an investment opportunity due to its sheer size. With over 240 million residents, it’s currently the third most populous country in Asia behind only China and India. The low labor costs lure in investors, and many new manufacturing plants are popping up in the country. The main disadvantage is the geography because Indonesia consists of a few large islands that face infrastructural issues.

Leaving China is not a step that can that buyers and procurement managers take easily. Moving manufacturing out of China requires careful planning and consideration. It’s important to know what product you are looking for and what country is the most suitable. Check out our guide on what countries are best for making certain products.

When running a business, one must constantly be checking on ways to improve your supply chain. Moving to a new country can be a great way to improve cost or quality. We hope you found this guide useful and feel free to let us know if you have any questions or comments. 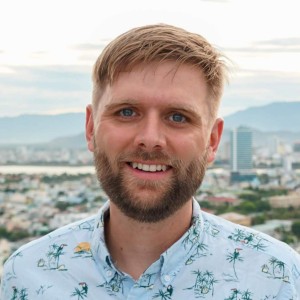